Traditional and local dresses of India by State - Part 2

Just like language and food, clothing in India changes depending on the different ethnicity, geography, climate, and cultural traditions of the people of each region of India. India also has a great diversity in terms of weaves, fibers, colours, and material of clothing. Sometimes, color codes are followed in clothing based on the religion and ritual concerned.

7. Traditional dresses of Jammu and Kashmir - The Paradise on Earth

Costumes of Jammu and Kashmir are well known for their embroidery and intricate designs, which reflects the richness of the culture and landscape of the region.
The traditional ‘Pheran’ is the most popular form of dress among both men and women. Pheran exhibits a lot of beautiful embroidery work comprising of floral motifs. The dress I am wearing is not traditional 'Pheran' but it is a day to day wear 'Salwar suite' in Kashmiri style.
I got an opportunity to attend a Kashmiri wedding in Austin recently and adding picture of beautiful bride, Sana. With saree, she is wearing the head dress, a brightly colored scarf, called 'Taranga'. The Taranga is an integral part of the wedding attire in Kashmir. 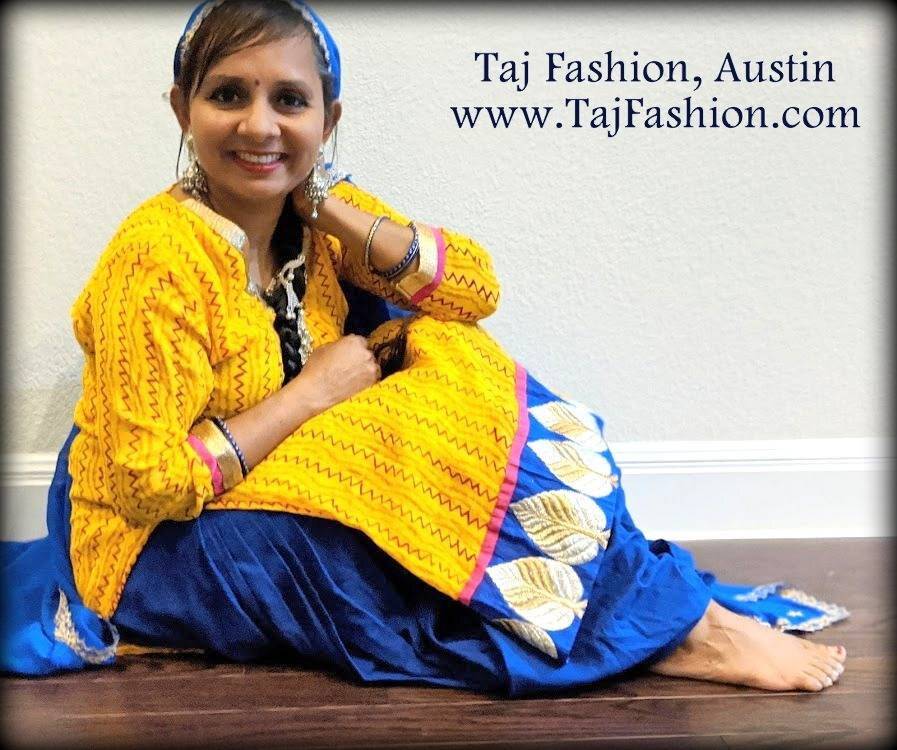 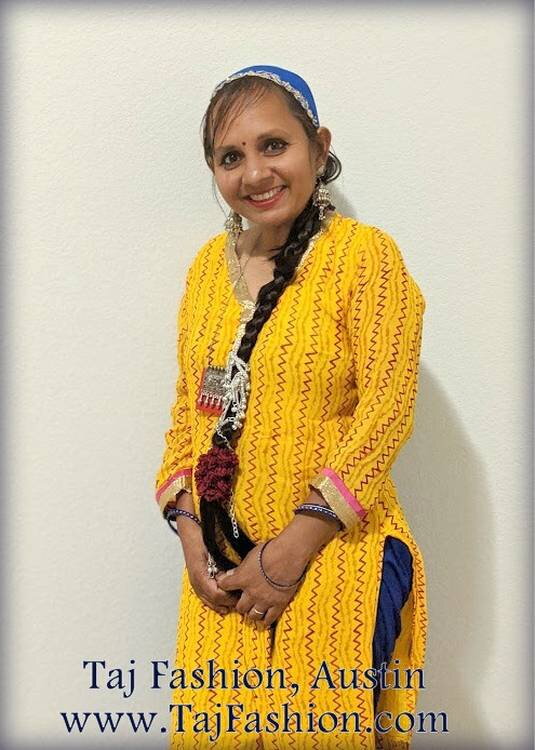 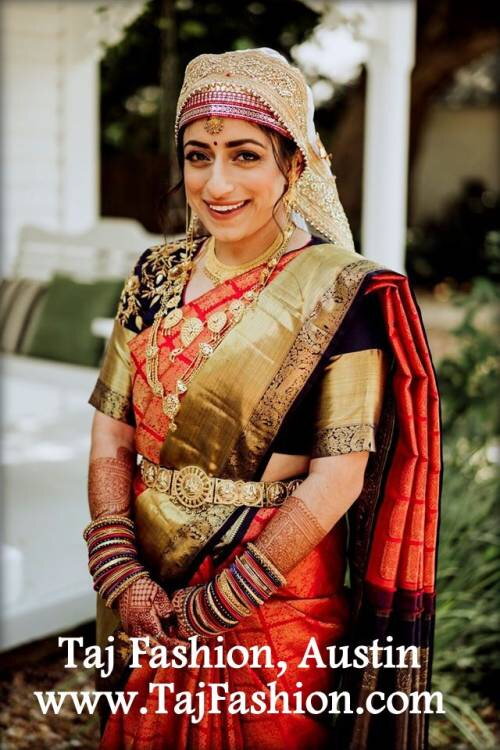 The Keralites prefer a simple living and this can be seen in their elegant traditional costume which is of white and off-white color.
The traditional attire for women is called 'Mundum-Neriyathum'. This consists of a pair of similar Mundus. One of them is worn around the waist and the lower portion of the body. The other is worn on the upper part, with a blouse. In recent times, we can say that these two-piece combo has been replaced by sari to a large extent.

The sari has prominent border, called kara. Kara is decorated with various designs and mostly is of golden color. Sometimes it is coated with actual metal like copper.
In one of the pics below, you will also see the mural which is hand painted (acrylic paint) by me. It is inspired by Kerala Mural Paintings. These are actually frescoes depicting mythology and legends, drawn on the walls of temples and churches in Kerala. 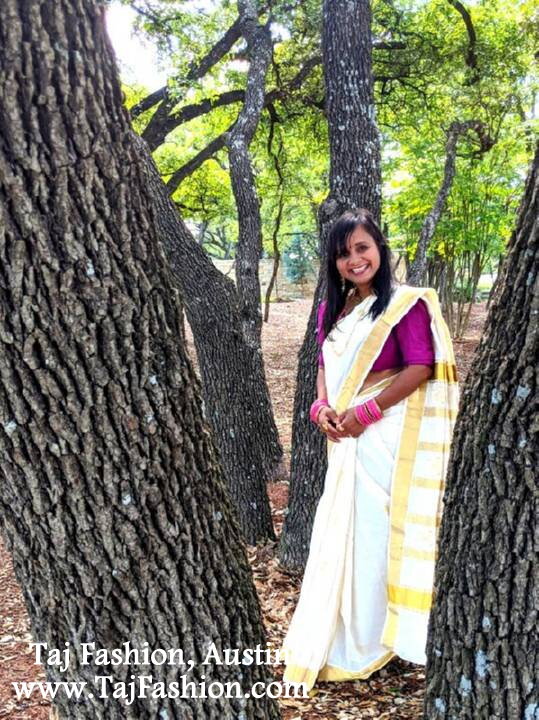 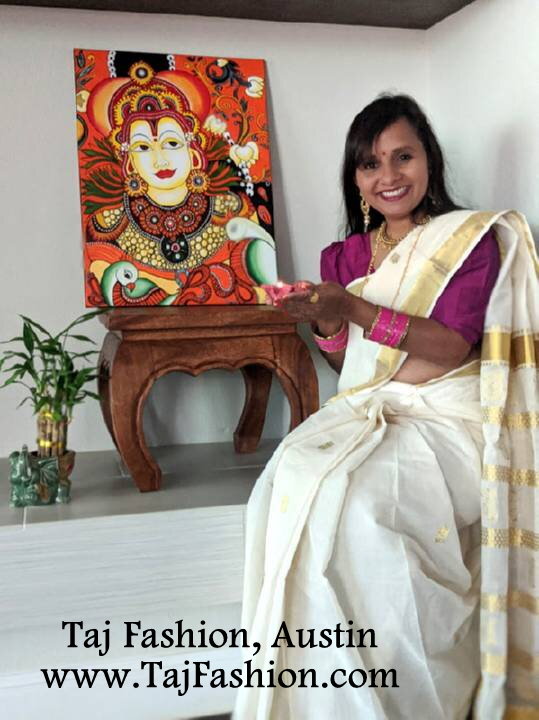 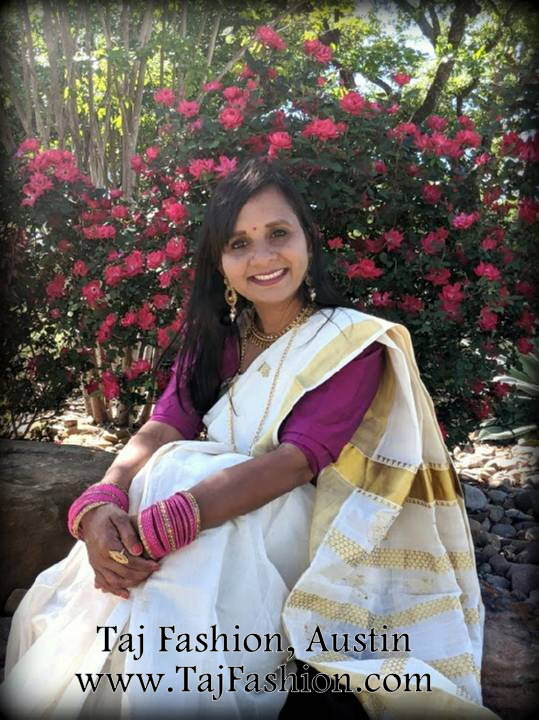 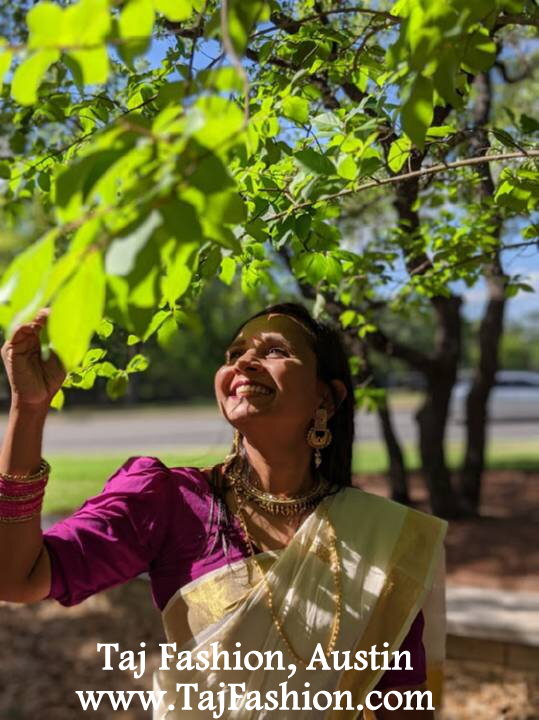 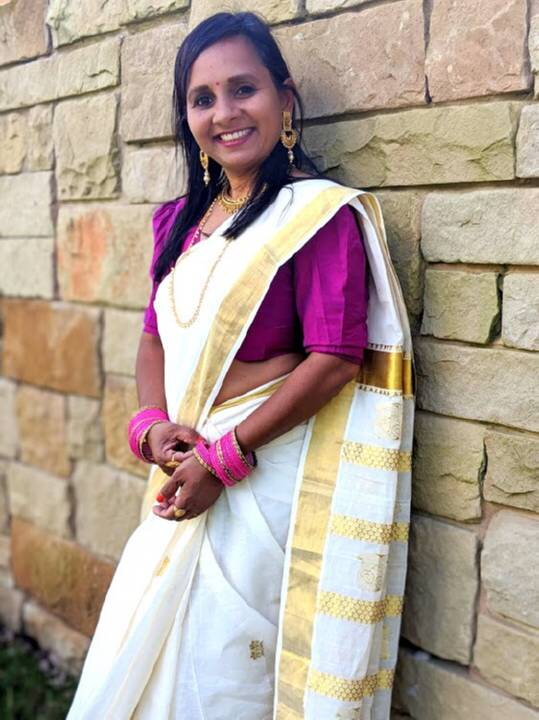 "Maharashtra" literally the "Grand State". The western state of India, known for film industry "Bollywood". The Lezim dance, the Marathi folk music, its literature, cuisine and various festivals like Ganesh Chaturthi make Maharashtra a real grand state, not only in its size but also in its culture.
The traditional dress of Maharashtra for women can be categorized in two types- the Nauvari saree and Paithani saree. Nauvari saree bears a resemblance to Dhoti and Paithani saree is worn with a long ‘pallu’.
Nauvari Saree: a nine yard long saree which is also known as Kaashtha saree; it bears a resemblance to Dhoti. This specific style of draping does not require a petticoat or a slip beneath it. The Nauvari sarees have a historical background - at emergency period of wars, to facilitate easy movement, the Maharashtrian women introduced this type of saree.
Paithani saree: Added with an 18 inch to 25 inch pallu, owes its origin to adept textile-designing. The Brahmin ladies of Maharashtra wear sarees in a particular pattern where the pleats are located at or near the back and these are tucked in waist and the decked part of the saree is left open on the shoulder part. They use choli with the sarees and often polkas and blouses. The names comes after Paithan town of Aurangabad. Paithani saree is characterised by borders of an oblique square design, and a pallu with a Peacock design. The bright Paithani sarees are very popular as the bridal costume.
Traditional dress of Maharashtra reveals the culture of the state along with some historical importance. They have not lost the glory of their past.
Jewelry: Other than necklaces, earrings, women wear 'Nath' i.e. a nose ring. Naths can be simple loops or loops connected with the earring on any one side. The bride wears green bangles as they are said to bring prosperity to the relationship and family. Some women even wear toe rings on their second toe of both of their feet. The second toe is said to have a nerve that is connected to the uterus and elements from the ring are said to make the uterus strong. 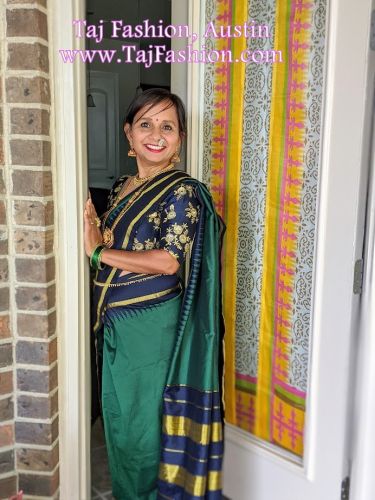 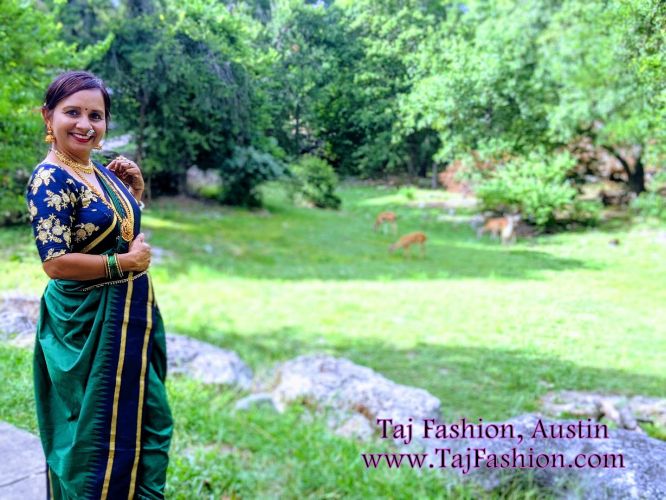 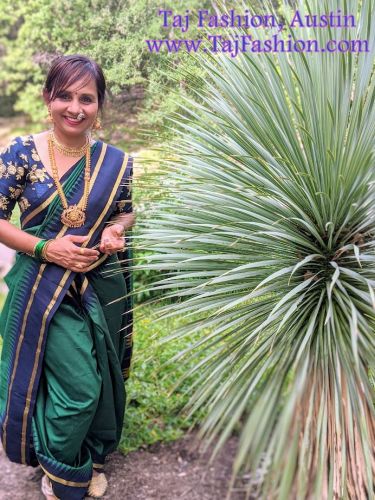 This different style of costume which was also one of the most complicated one for me is called "Potloi". This traditional bridal dress of Manipur is shaped in cylindrical form. Stitched on the belt, the skirt usually comes in red, maroon and pink colors.
Although the costume dates back to 1700s, it is still trending in the Manipuri weddings owing to its elegance and uniqueness. The potloi is decorated with applique works using geometrical figures and ornamented with sequins, studs and decorative stones.
This beautiful dress is paired with a headband and rich jewelry. 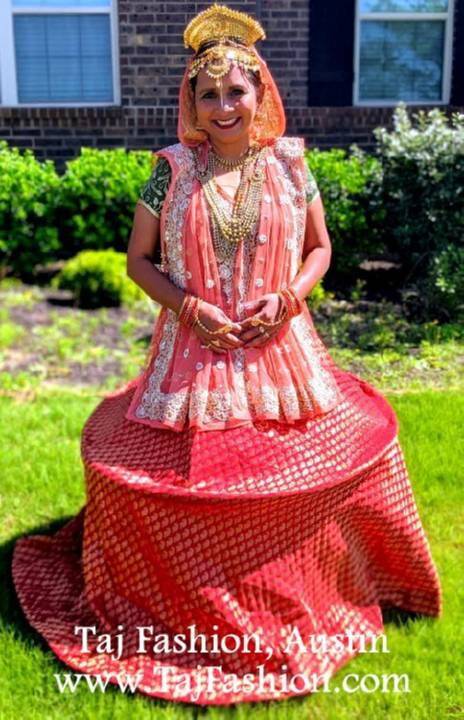 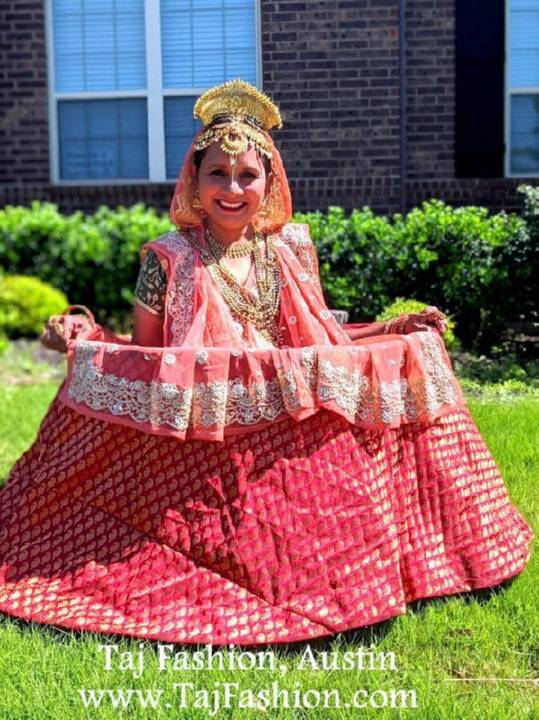 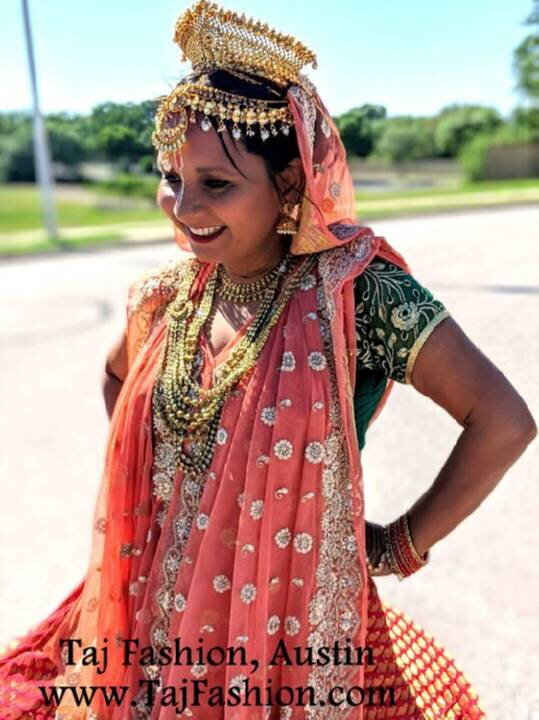 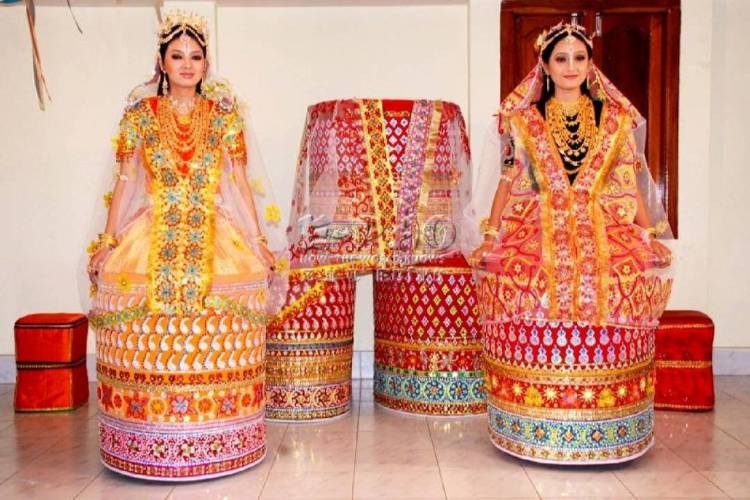 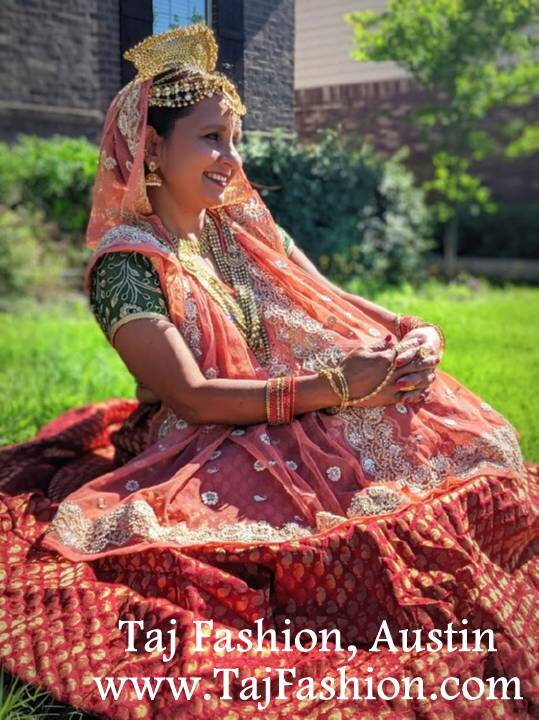 11. Dresses of India by State - Nagaland

Another small north eastern state where women usually wear red and dark blue/black cloth with magnificent white and black marginal bands of breadth.
The additional beauty with their dresses is ornaments they wear. Necklaces are mainly strings of beads, shells, boar’s tusks, and horns. Cowrie shells are used widely from waistband to headband.
Their traditional dresses are quite different to compare with other regional costumes in India. The decorative shawls of Nagaland are very popular among other traditional dresses.
There are numerous traditions and beliefs associated with the weaving and wearing of this traditional dress. A Chang cloth requires all the zigzag lines to fall uniformly, or else the young warrior wearing it may have a bad time in the war. 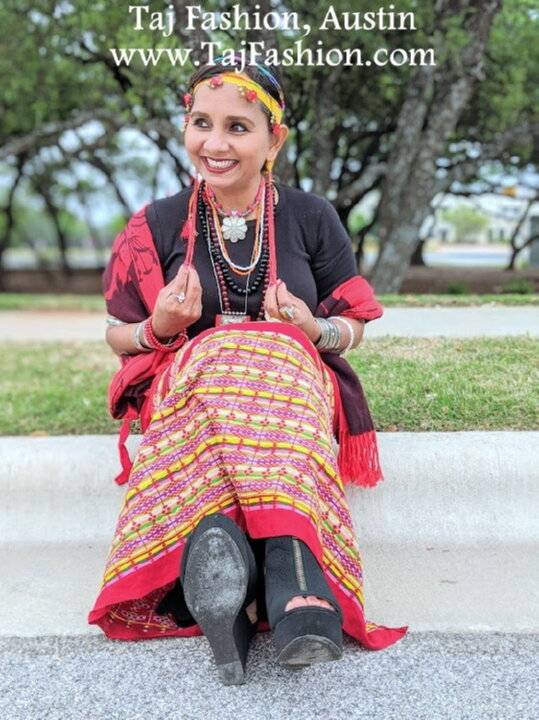 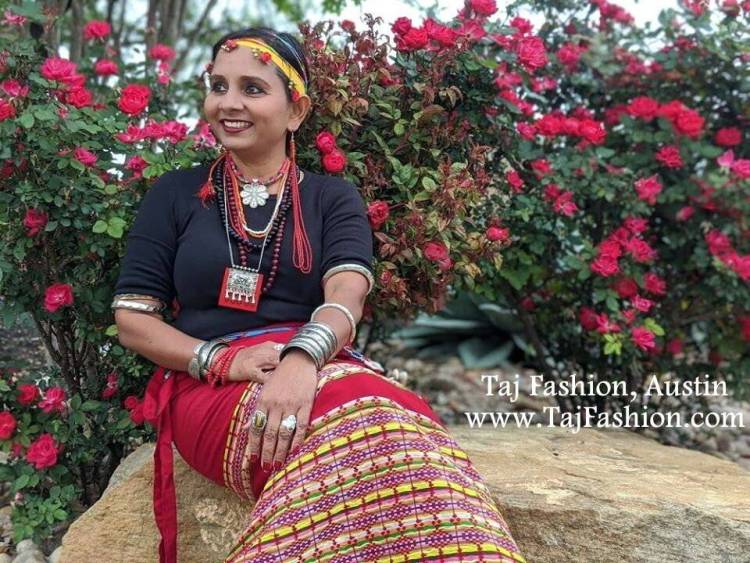 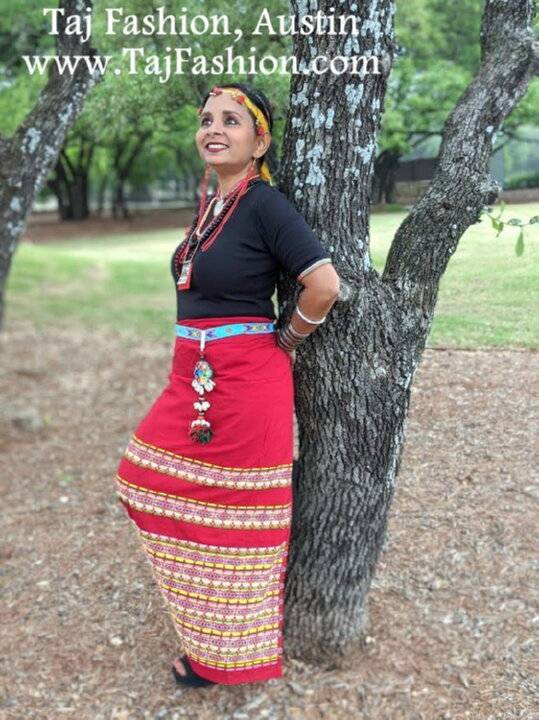 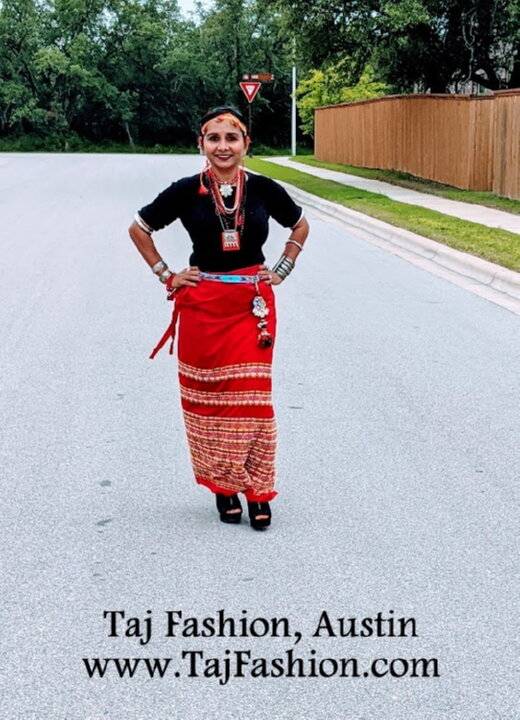 12. Traditional Dresses of India by State - Odisha or Orissa

Today's dress is more tribal than traditional. The state is Odisha (or Orissa). It is a thickly tribal inhabited state, consisting of sixty two tribes living in different parts of the state. Different tribal communities use different kind of dresses. Their dresses are designed keeping in view their necessity and their surrounding. The socio-cultural and the religious views of the tribe slightly contribute for the variety in their dresses.

Generally, tribal women do not wear full length saree. Since their main work is farming, it helps to wear saree till knee or little below knee.
They do like to wear jewelry and a lot of them. These jewelry are not very fancy but made out of basic metals and mostly handmade. The Necklaces are are round metallic ring of varying thickness. They wear it not one, not two by as many they like. 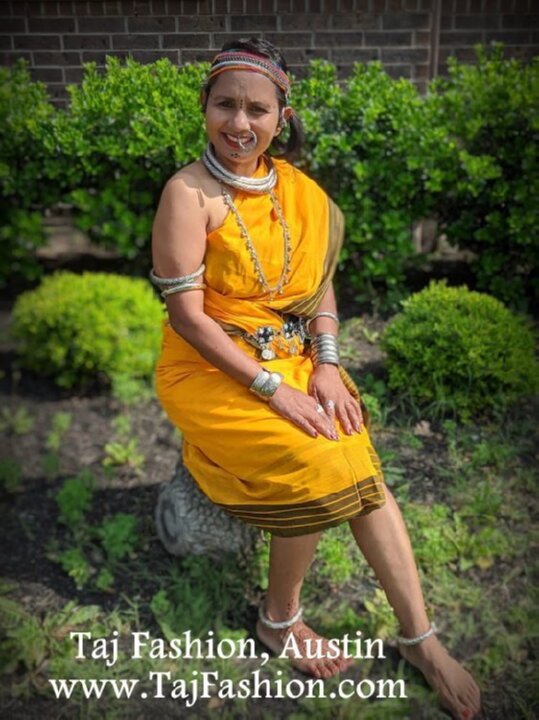 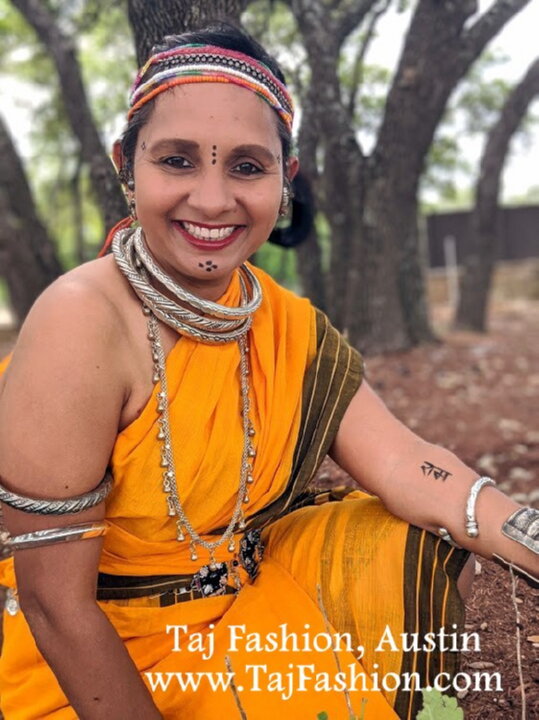 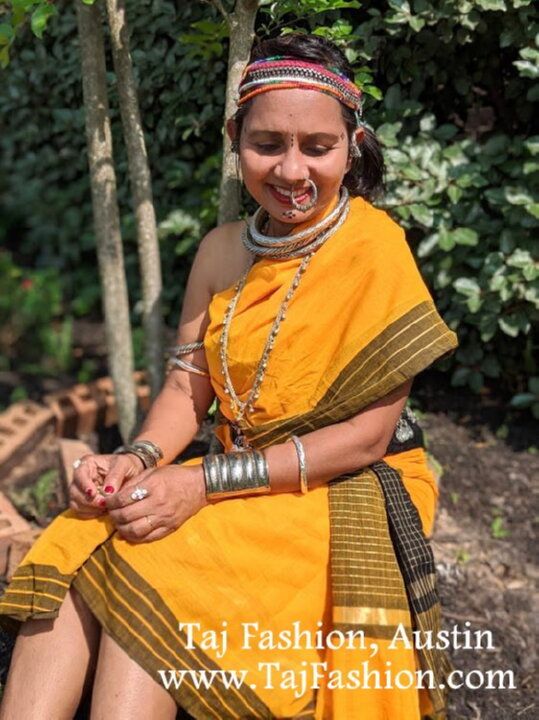 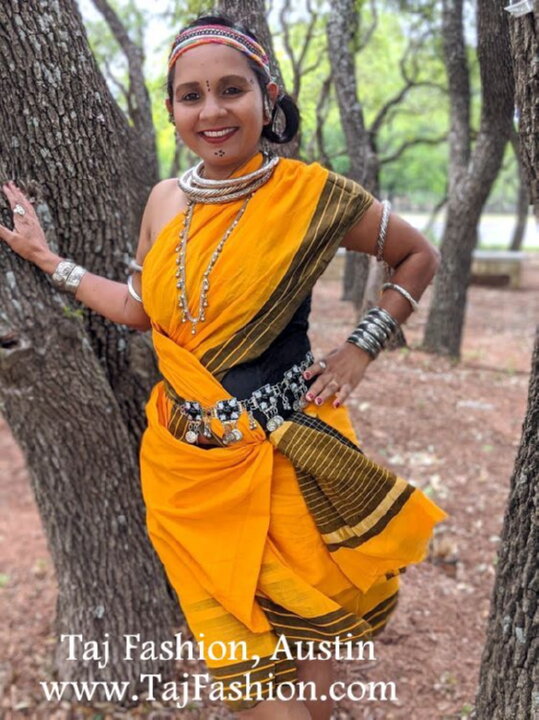